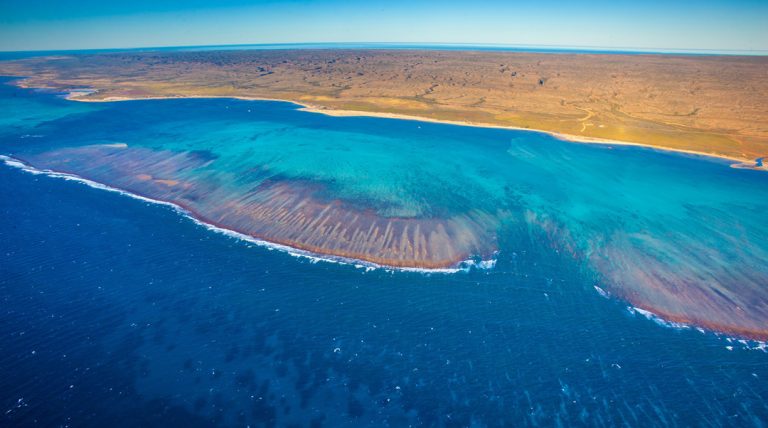 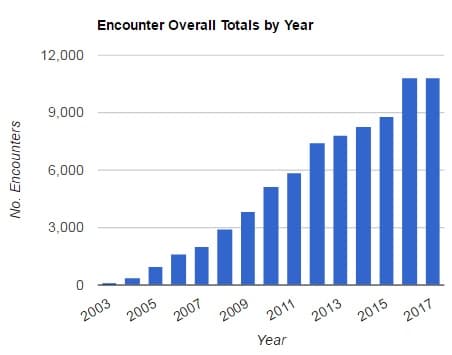 The Ningaloo Reef is the longest fringing reef in Australia. It stretches 260 kilometres along the west coast of the Cape Range Peninsula near Exmouth, Western Australia approximately 1200 km north of Perth. It is the only large reef in the world found so close to a continental land mass; about 100 metres offshore at its nearest point and less than seven kilometres at its furthest. The Ningaloo Reef is home to 500 species of colourful tropical fish and 250 species of coral. Six out of seven of the world’s marine turtles are found on the reef; dugong feed on sea grasses within the lagoons; and humpback whales migrate close to the coast.

The Ningaloo Reef is one of the best and most accessible places in the world to see whale sharks as they migrate to the reef every year after the mass coral spawning in March and April. A large ecotourism industry has been created around this migration and attracts more than 20,000 tourists a year. There is no doubt that the Ningaloo Reef is one of the most significant marine regions in the world. It was named a World Heritage site in 2011.

Since ECOCEAN has been studying the whale shark population off Ningaloo, more than 1300 different individual whale sharks have been identified from the region; a population that has been continuously monitored over the past 22 years with the great support of the general public. Every year, 2/3 of the whale shark sightings are of whale sharks that have been seen at Ningaloo previously and subsequently recorded in the Whale Shark Photo-identification Library.