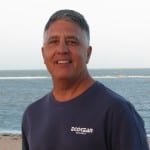 Brad is the founder and Director of ECOCEAN. He studied a Bachelor of Science in marine biology at Murdoch University in Western Australia and earned both a Masters and PhD degree for his work on whale sharks. In addition to being awarded Murdoch’s Distinguished Alumni Award (Science), he is an Adjunct Associate Professor with the University of WA, and has close research ties with the University of Queensland.

This year marks the 25th year that Brad has dedicated to research, education and conservation programs focused on the world’s biggest fish. 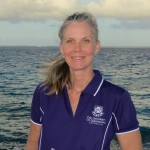 Samantha is a keen scuba diver and snorkeler. In 2012 she went on holiday to Ningaloo Reef, where she swam with whale sharks for the first time and learnt about ECOCEAN’s work. She has been part of the team ever since.
Samantha graduated with a Bachelor of Arts from The University of Queensland in 1998; completed her Bachelor of Science, majoring in Marine Science and Zoology, at UQ in 2015; and was awarded First Class Honours and a University Medal for her study on whale sharks in 2016.
As well as working with ECOCEAN, Samantha is now a PhD Candidate and Global Change Scholar at UQ, studying the movement ecology of whale sharks, its drivers and implications for the management and conservation of this endangered species.
Working with ECOCEAN has taken Samantha to some of the most beautiful places in the world, such as the Maldives and Tokelau. She also travelled to Antarctica in 2018 as a member of Homeward Bound, a leadership mentoring initiative for women in STEMM, and has seen first-hand how vulnerable these places are to climate change. She hopes that ECOCEAN’s work using the charismatic whale shark to engage the public in marine conservation issues will encourage people to care about the future of our planet.
When she’s not swimming with whale sharks, Samantha enjoys reading good books, eating good food and travelling to interesting places. 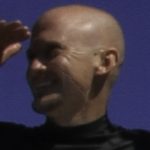 Heath joined ECOCEAN in April 2012 as the North West Liaison Manager. Heath comes to ECOCEAN with no science background but with 16 years in the tourism and hospitality industry. From his previous workplace at the Novotel Ningaloo in Exmouth, he took joy in hearing countless stories from resort guests about their magical day in the water with the Ningaloo whale sharks. For Heath these stories push home the importance of the conservation of these sublime marine creatures, so generations to come can be blessed with the experience of swimming with whale sharks.

Although while in high school Heath did attend a Year 9 marine biology camp, he will be leaving the scientific side of ECOCEAN to others on the team. Heath’s efforts are concentrated on promoting the awareness of whale sharks to tourists from around the world visiting one of Australia’s premier destinations on the east coast of Australia. Heath is a constant driver of ECOCEAN’s fundraising efforts and hopes his past experience will be able to help protect Stumpy and his friends.

Sonny joined Ecocean in January 2018, as a volunteer skipper for a research project out of Shark Bay, W.A. His skills on and off the water has given Sonny the all-rounder position at Ecocean, ranging from boat skipper to making the clamps used to attach to the whale sharks and keeping the Team entertained during field trips.
Sonny is a Cabinetmaker by trade, qualified Padi Divemaster, Coxswain and has a RYA Yachtmaster Offshore ticket. Sonny worked as a deckhand/divemaster in 2005 whale shark season for Exmouth Dive Centre where he swam with his first whale shark and learnt the importance of tourism as an important conservation tool. In 2012, Sonny spent 2 years working as a private yacht charter Captain of a 72ft ketch and a 58ft catamaran out of the British Virgin Islands in the Caribbean and his favourite times were spent freediving the underwater world around the islands. He is studying Coastal and Marine Science and is a Student Ambassador at Curtin University with a goal to inspire future generations to help protect the marine environment, especially whale sharks! When Sonny is not studying or playing his whale shark warrior role you will see him on his standup paddle board with a big smile. 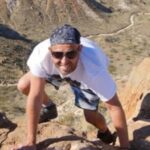 Adam joined ECOCEAN in 2017 to assist with ECOCEAN’s strategic direction and finances and draws on his experience as a financial planner and business owner for almost 20 years. Upon selling the Financial Planning practice in 2017 Adam and his family re-acquainting themselves with the magnificent Ningaloo coast and made the decision to move permanently to Exmouth. Adam has held a PADI dive instructor accreditation in the past and has a passion for our environment and in particular the Ningaloo coast.

Adam brings a wealth of knowledge in financial management, strategic planning and operations management to the ECOCEAN team and we are thrilled that Adam has joined us.